The different sorts of tobacco

The cigarette is the most wide-spread mode of smoking but is not the only one, as tobacco is also used in other forms that attract more the younger consumers.

Cigarettes were originally made of pure paper and tobacco, but since the 60s more and more additives have been incorporated in their composition. Nowadays, smokers do inhale about 4,000 chemical substances through their cigarette, knowing that 60 of them at least are classified as highly carcinogenic by the International Committee of Cancer Research.

Some of these additives are incredibly scary: acetone which is a solvent; hydrocyanic acid, infamous since the gas chambers; carbon monoxide, the gas exhausted by our cars’ mufflers; the DDT which is an insecticide quite as the nicotine; some arsenic, a very powerful poison… 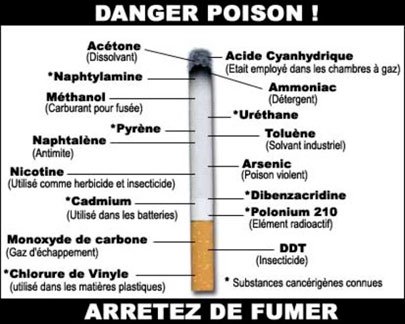 The “rolly”, made of shag tobacco, is cheaper than the cigarette because less taxed, and this way of smoking wins more ground each year over an increasing number of followers, especially the youngest teens. The hand-made cigarettes are more harmful than the manufactured cigarettes because the inhalation of tar and nicotine is sharply superior as they have no filter. Furthermore, the shag tobacco must be repeatedly relit, thus multiplying the exposure to CO and tars.

Because of the smoke composition, the nicotine is more easily absorbed by the oral mucous membrane. That is the reason why the persons who are used to pipe or cigar do not inhale the smoke, as it is unnecessary to feel the effect of nicotine. The problem is that the smokers who consume also cigarettes do inhale the smoke anyway because of the habit, hence inducing more absorption of dangerous products. Consequently, pipes and cigars are at least as harmful as the classic cigarettes. 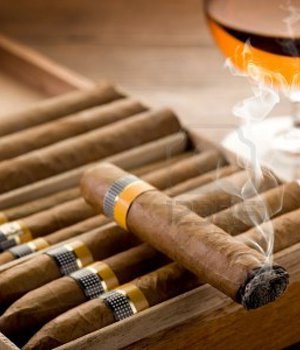 The bubble pipe is another way of smoking tobacco, generally flavored, coal burnt and then cooled in passing through water. But in spite of this special process, the smoke causes the same damages. The toxicity is indeed equivalent to that of the manufactured cigarette. Furthermore, the exposure time to tobacco is much longer, around 45 minutes, and the tobacco contained in a hookah is equal to that of 10 cigarettes. 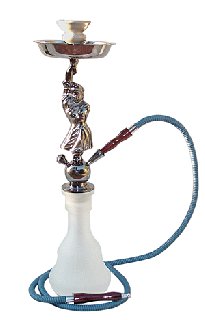 The Beedis are these thin Indian cigarettes made of a rolled leaf of eucalyptus and stuffed depending on the type of the beedi: pure tobacco, flavored tobacco, tobacco plus aromatic herbs, aromatic herbs without tobacco, and so on.

Thus beedis’ toxicity is all the more important as they carry no filter.. 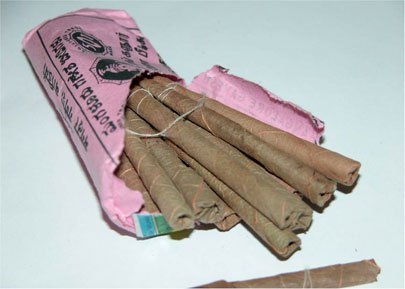 Prior to the industrial period that brought forth the cigarette into modern times, the tobacco was often consumed in plug or quid (rolled and chewed tobacco leaf) or in snuff (crumbled tobacco introduced into the nostril). In general, developing countries are those that keep on using these modes of consuming tobacco. But a new way of use called “snus” is a mix between the plug and the sniff. An average dose of snuff tobacco kept in mouth during thirty minutes will let loose so much nicotine as four cigarettes. The snuff creates more addiction than the chewing tobacco and both forms present risks of cancer of the mouth and the digestive system.