A word from the President 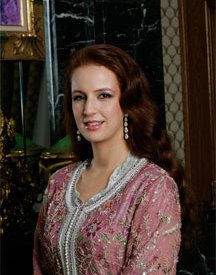 "Treating cancer, healing cancer is definitely a collective lesson of humility and solidarity. Every single one of us can henceforth take on this noble cause as an exceptional act of sharing humanity and hope. Yesterday’s overwhelming task is gradually turning in today’s dream come true, as all the indicators do confirm it. Everywhere in the world, the fight against this disease, seen as a fate for too much time, is renewing into a large-scale struggle for life in the same generous global effort.

This process will soon finish exploring every and each path leading to help out the science in meeting this terrible challenge today, and maybe beat it tomorrow, a goal which is the modern times’ priority for the whole community of Nations. A challenge appearing day after day as a real stake for our society which is overcoming one after the other all of the psychological barriers that were slowing down for such a long time the screening and the early diagnosis, impeding prevention and depriving many patients of the therapies they needed so bad. Anchored in the long term and the social realism, fueled by the education and supported by the information, this natural dynamics is logically directing us in the wake of the huge social program launched by His Majesty the King Mohamed VI. His Majesty, whose everlasting support convinced me to create the Association Lalla Salma against Cancer. My decision was nothing but easy, given that, as everyone knows, you cannot deal with such a terrible disease only to fulfill some social conventions.

This decision has been way too heavy to take, being the heightened expression of a deep commitment and steady effort so that the feeling of our society changes about cancer, to support and gather those who want a better future for the people who are suffering, by Morocco offering them a fair, expert and complete answer. The cancer patients know now that they are on their way to pursue and to win this hard battle, and they also know that if they want to make it, their rights must be respected, right to equality of medical care, right to respect, to dignity and hope.

First and foremost, these rights have to be acknowledged and become reality, step by step but without concession, by offering the same chances to the largest number of patients and as far as possible, the same diagnosis and the same healthcare, an equal access without discrimination to the scientific and medical innovation and the care of every particular type of cancer. This vision induces a global and coherent program implemented through a long-term strategy, building its credibility and efficiency on the exceptional quality of our human resources; a strategy which ambition is right and fair, thus justifying the implication of all the major actors and decision makers in this noble mission which cannot let any of us remaining indifferent.

We all know that sooner or later, directly or through a close relation, we can someday be confronted to cancer. We also know that it is time now for acting together and stand up as one to face cancer and hopefully one day we will earn victory in this struggle for life that is the battle of a life. This conviction is the heart of the commitment that I am inviting you to join. Together, by the grace of God, we will control cancer as long as we keep on building momentum.

We will make it all of us, because our Foundation Lalla Salma is contributing to turn hope into reality, and because once more we will try our best to prove again that solidarity is no empty word in our culture, but is quite the contrary as our unity represents the deepest impulse and the strongest glue forever gathering and binding our people.”